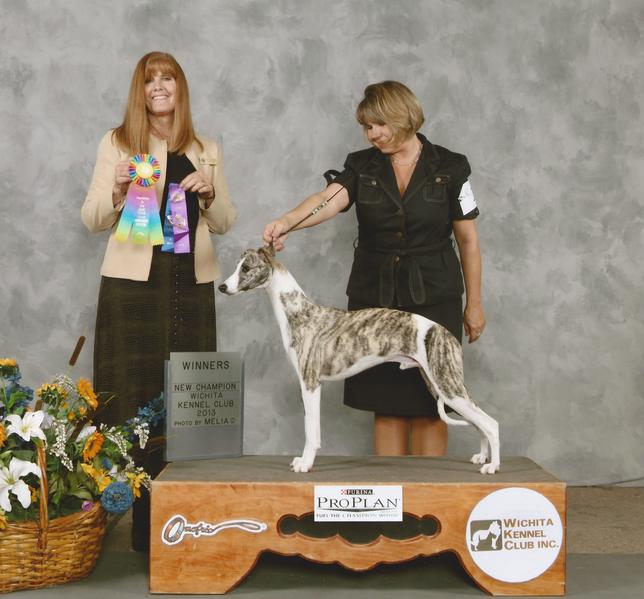 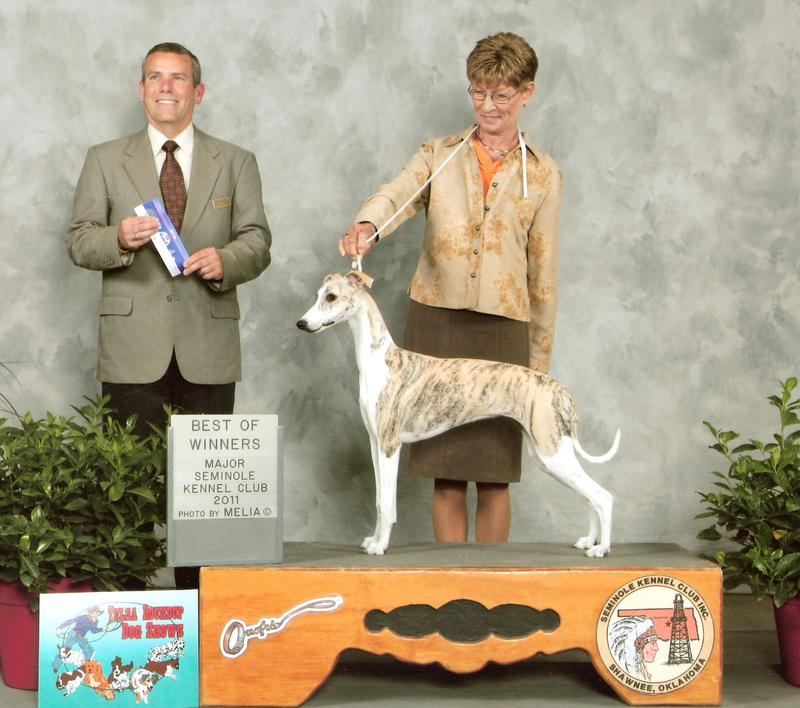 Dam: Whitney
"Charley"  was bred by myself, Lori Lawrence, and Lori Wilson-Paust.  He won his first major while being shown by Macen Hart the very first time Macen was in the ring!!!  He then finished his championship with Lori Wilson-Paust and since he was already entered another day, won his first points toward his Grand with Don Powell.  At that point my intentions for Charley was for him to come home and spend the rest of his life at leisure on our couch & possibly be used to sire a litter or two at a later date. 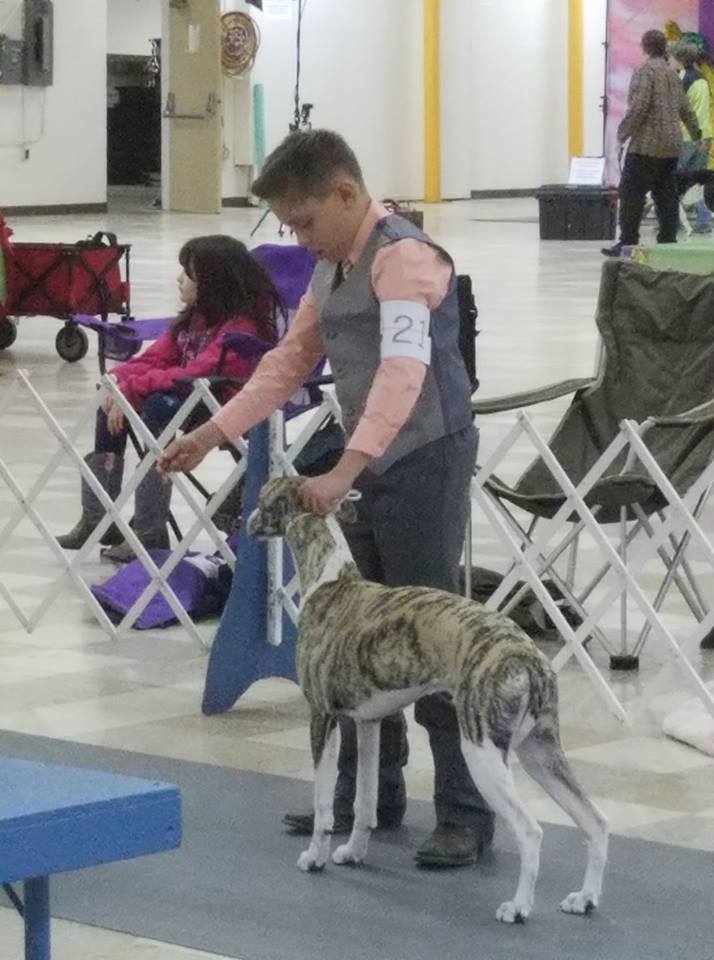 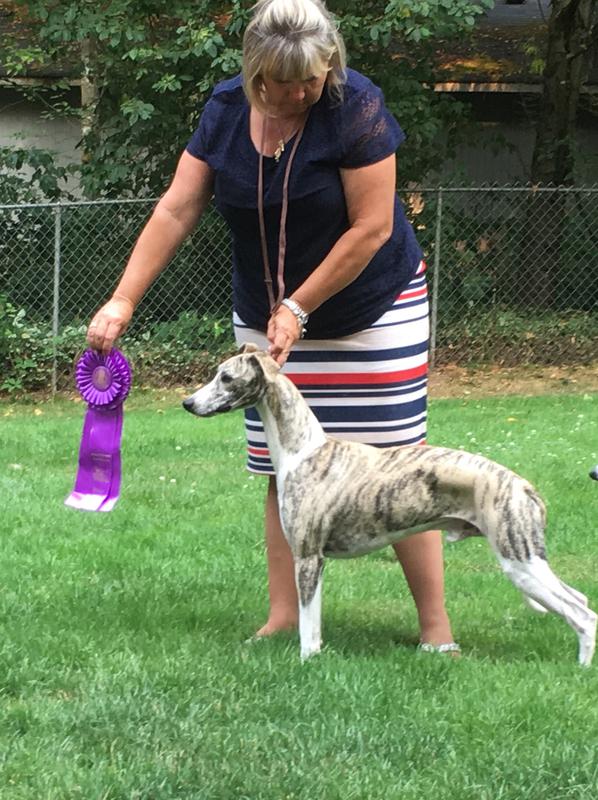 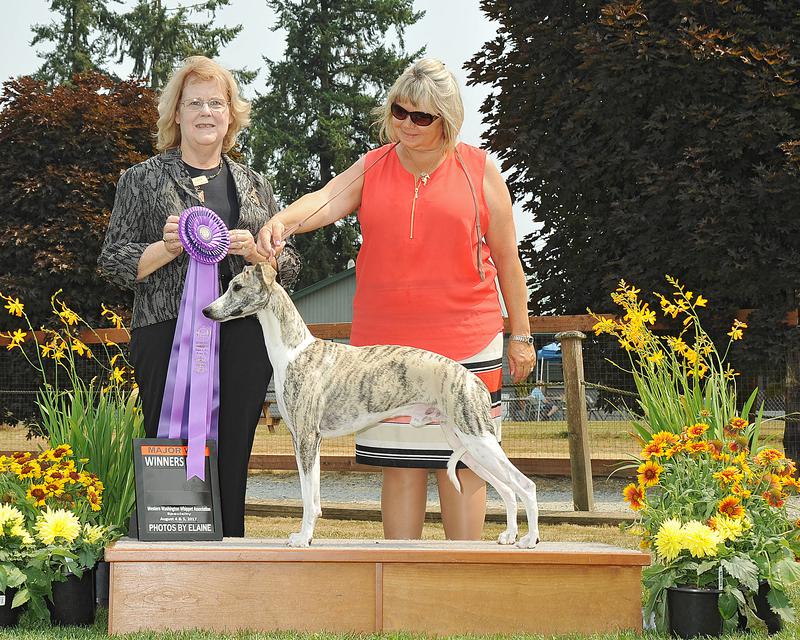 Macen Hart showing
Charley to a major win.
Charley finished his championship handled by the one and only Lori Wilson-Paust.
Just when I thought Charley was home for good an event happened that changed Charley's life forever. Charley met Lindell Chambers!
I think they instantly fell in love with each other.  Lindell had come along with his daughter, Lindsey, to look at puppies from our Oscar/Grace litter.  At that time he mentioned that he had had a kidney transplant earlier in the year , was feeling great, and wanted a new adventure.
He expressed interest in possibly having a show puppy from a future litter.
In the two weeks that followed until Lindsey's puppy Indy was old enough to go to his new home, I gave a lot of thought to the possibility of Charley and Lindell both sharing a new adventure together.  I spoke with Lindell to see if he would like to have Charley with the idea of finishing Charley's Grand and Lindell showing him in owner/handled.  I could not have been happier when Lindell expressed the same excitement.
And so Charley's saga continues.... this time with Lindell.
I am so excited about what this new pairing will bring.  I already know they are totally in love with each other which for me is the most important part.
It is everything a breeder hopes for. 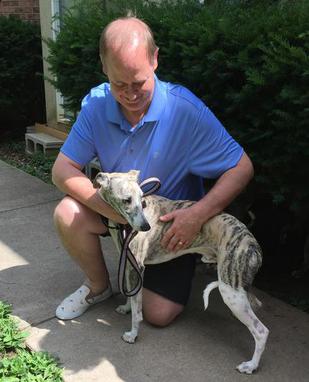 Lindell & Charley's first meeting.  I'm just sorry I missed the photo of the first kiss by Charley.  It was so sweet.
I knew it was the beginning of a long and happy bond. 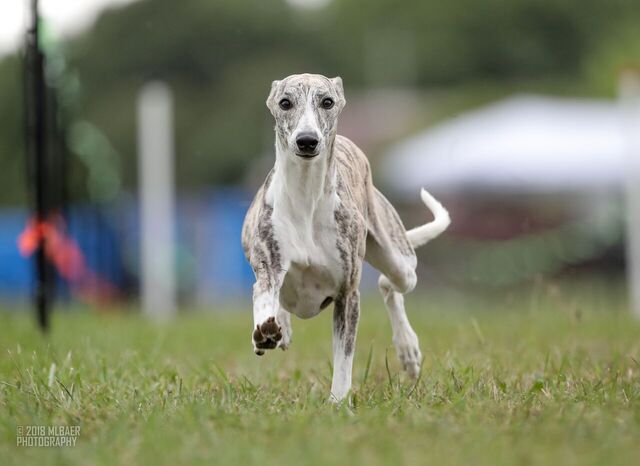 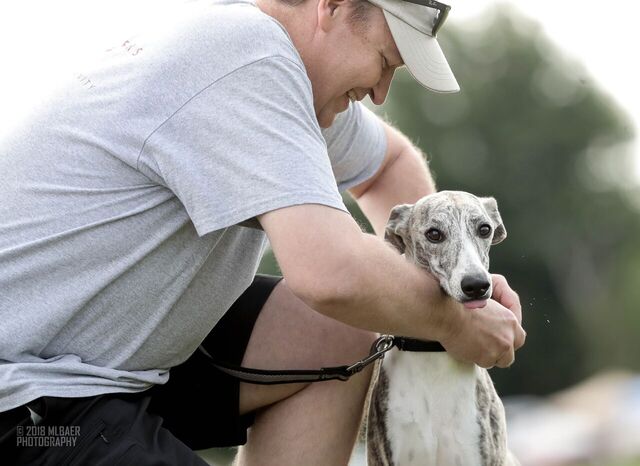 One of Lindell & Charley's first adventures was a run at Fast CAT where Charley had an excellent first run.
Saturday August 11, 2018
Charley's first time back in the ring, this time with Candee Chambers and they win  SELECT! 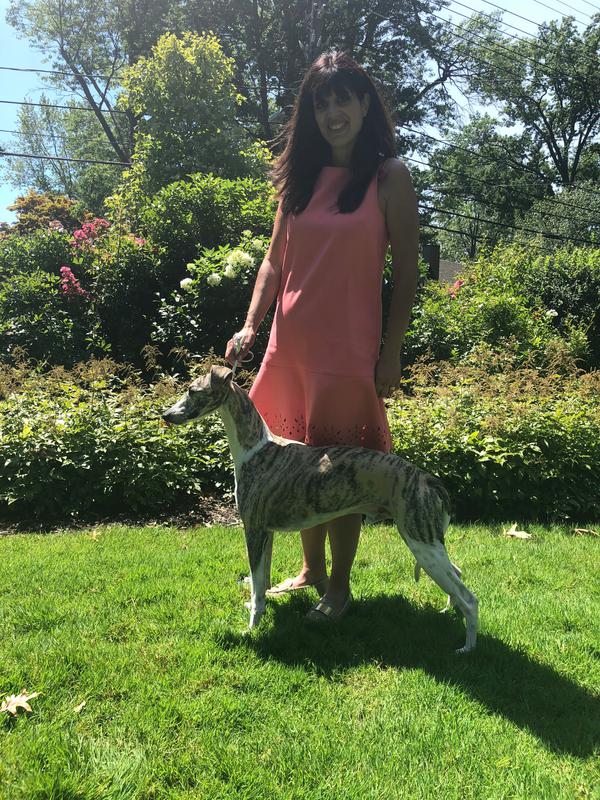 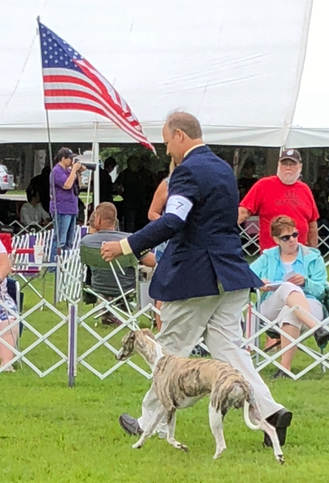 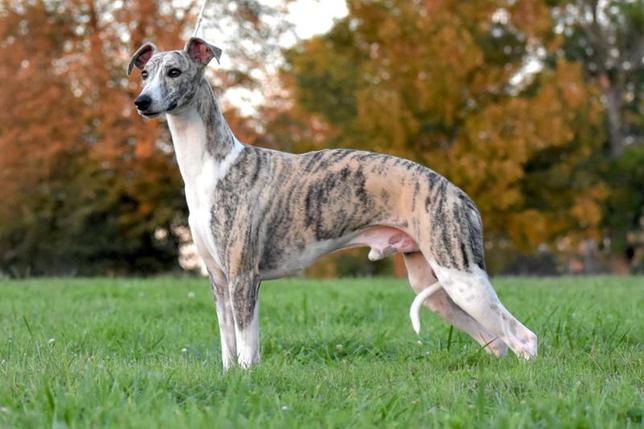 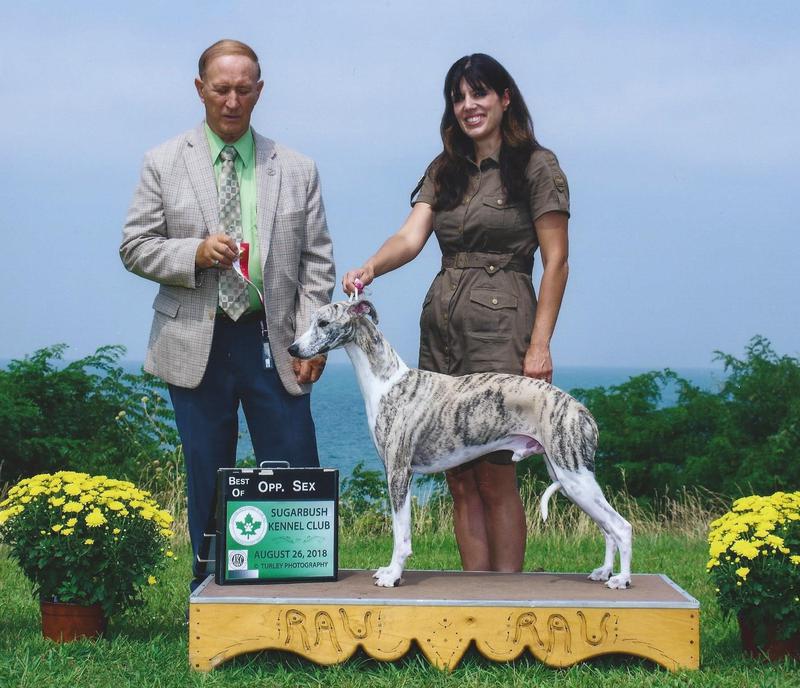 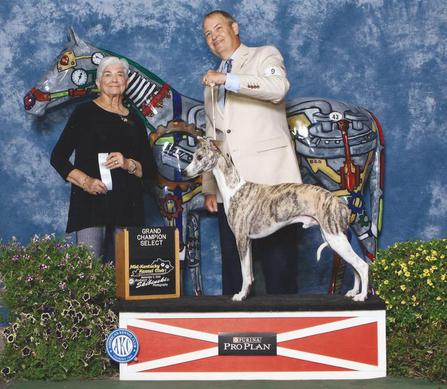 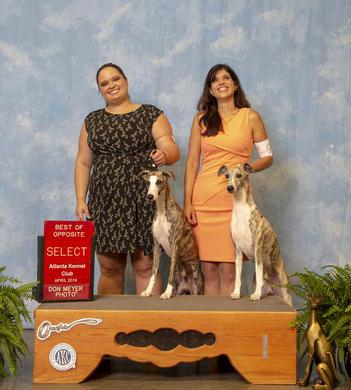 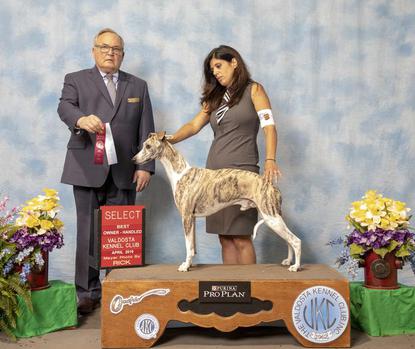 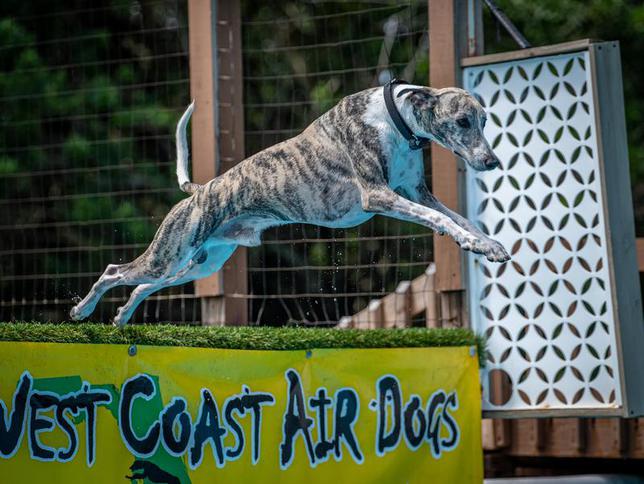 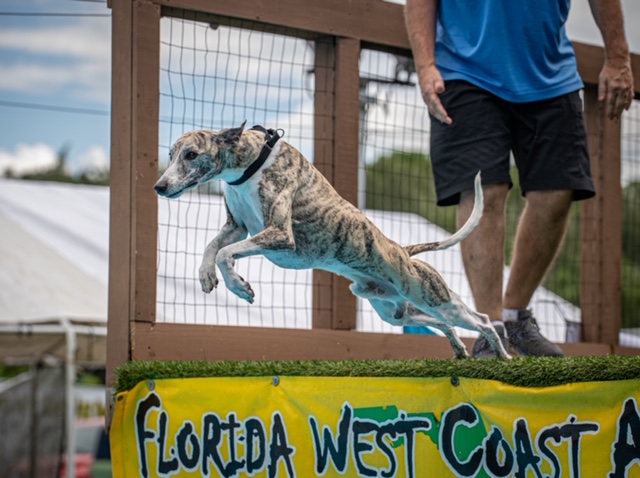 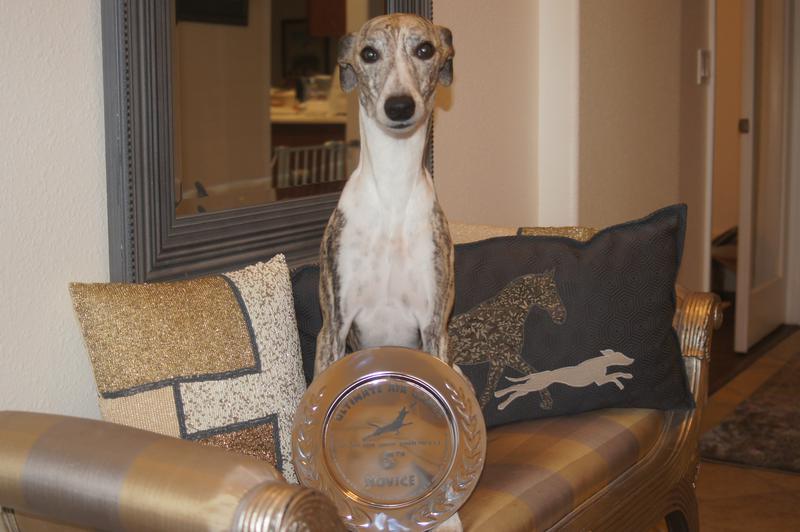 Charley just received his trophy for being #5 in the nation at the Ultimate Air Dogs (UAD)
2020 Ultimate Air Games!
Good boy Charley! 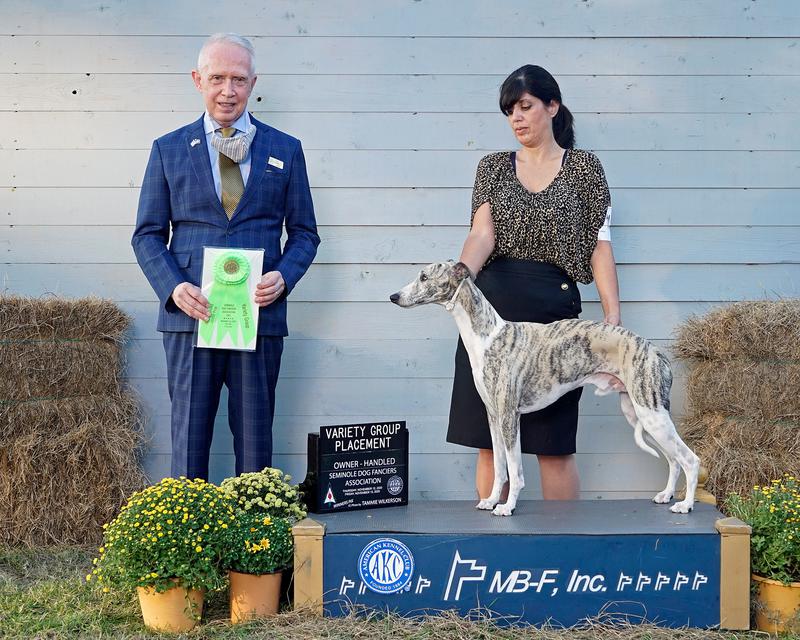 And look who just won an
OH BOB and OH Group 2 !

(Candee's post on Facebook)
Congratulations
Charley (GCH Starline and Wyndham’s Uptown Charley’s JC, CGC, TKN, RN) on earning his Rally Novice title today in Ft Myers. 3 runs, 3 qualifying scores and 2-1st place finishes! I am so proud of this special boy who tries his heart out for me every day! Thank you Barb Deale
for sharing this best boy with us! ❤️🐕❤️